On January 25th Representative Michael Moran and local officials met with constituents at an in-district meeting at the Brazilian Worker’s Center in Allston. The meeting focused on the impacts of wage theft on the community and the importance of passing legislation to protect Massachusetts’ workers from wage theft.

During the meeting, local residents affected by wage theft shared their personal stories, highlighting the urgent need to pass House Bill 1033 and Senate Bill 999 during the current legislative session. The meeting also celebrated a recent victory for workers that won a $63,523 wage theft lawsuit against a former employer. These workers were presented with a settlement check for their missing wages during the meeting.

Discussing her experience with wage theft, Allston resident, Lua told legislators, “My coworkers and I have been trying to recover the wages our employer owes us for more than a year. Our former boss admitted he owes us money, and we even have legal support, and yet still, we haven’t been paid. Something is wrong with this system.”

Similarly, another local worker, Daniel, shared his personal experience with wage theft, saying, “Our pay was late, so we stopped working. Then they told us that if we finished the work they would pay everything. So, we finished the work — but only received bad checks. When this happened, I was almost thrown out of the house for not being able to pay the rent, and I have a sick son for whom I could not buy medicine. And now another Christmas came and went without being able to count on that money.”

The meeting was a wonderful opportunity to celebrate a recent victory and a reminder of the work that still needs to be done to protect workers from wage theft, starting with the passage of “An Act to Prevent Wage Theft and Promote Employer Accountability” in both the House and Senate before the end of the current legislative session. 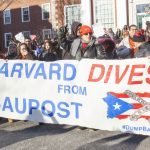 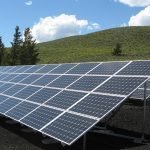