Last Monday protesters gathered in Harvard Yard to speak out against the University’s endowment investments in vulture funds like the Baupost Group. The Boston-based hedge fund is managed by climate change denier, Seth Klarman, who is also one of the largest investors in Puerto Rico’s debt. Klarman also contributed millions in “dark money” to the “Yes on 2” campaign that sought to divert funding away from public schools to charter schools in Massachusetts.

At the protest, students, alumni, and allies urged Harvard — which has one ofthe largest endowments in the nation — to divest its nearly $2 billion investment in the hedge fund, unless the Baupost Group agrees to cancel Puerto Rico’s debt in light of the devastation of Hurricane Maria and other natural disasters caused by climate change.

Protesters said that it was inexcusable for Harvard to continue investing in a fund that directly profits from speculating on Puerto Rico’s future and urged the University to demand accountability from Seth Klarman and the Baupost Group.

Speaking out against the unethical practice, Jessica Tang, President of the Boston Teachers Union, stated, “It is my duty to continue the efforts of students and alumni like myself to hold our university accountable to where it is investing its money and how it is impacting our communities and the world.”

Similarly, Executive Director of the Chelsea Collaborative, Gladys Vega, described the impact of debt vultures on Puerto Rico, stating, “People in Puerto Rico are suffering through inhumane poverty due to people like Seth Klarman. Seth Klarman is responsible for closing of schools in Puerto Rico, the healthcare issues in the island…Puerto Rico has been exploited enough by the American Government, so it is time to step up.”

You can learn more about how debt vultures like Seth Klarman and Baupost Group are fueling climate change and benefiting from Puerto Rico’s debt here.

Also posted on Eye on Privatization. 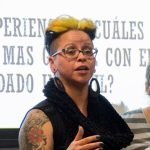 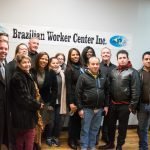