This ongoing gentrification of Chinatown’s “historically working-class immigrant community in the heart of the city” by short-term rentals is threatening to wipe out the cultural identity of Chinatown.

Karen Chen, the executive director of the Chinese Progressive Association told the magazine, “We’re losing housing for long-term residents—and not just low-income housing, [but] housing in general—faster than we can build them,” explaining that the issue is affecting all residents of the neighborhood, including working-class residents and young professionals. Life-long resident Chu Huang, stated, “[Chinatown] should be a viable community where people do not just come in and act like tourists and then leave.” 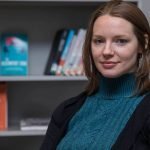