Boston-based Santander Bank’s automotive financing arm recently agreed to a more than half a billion dollar settlement in a case brought by 33 states and the District of Columbia over predatory lending practices. At issue were Santander Consumer USA’s unaffordable, subprime loans. Allegations of predatory lending stand in contrast with Santander’s recent statement claiming a commitment to making “our country, our communities and our company places where equality and justice prevail.” After all, subprime auto lenders primarily target communities of color and low-income communities, aggravating poverty and curbing access to credit. Auto loans’ higher interest rates increase borrowers’ odds of delinquency and auto repossession, jeopardizing the financial health of communities of color and contributing to centuries of socioeconomic and racial inequality in the United States.

The multi-state suit alleged Santander would frequently fail to require proof of income for loan applications, did not properly oversee dealers’ conduct, and often extended loans that became unaffordable over their lifetime. In fact, subprime loans made up 82% of Santander’s retail auto loans. Santander violated consumer protection laws by offering subprime loans the company knew were likely to default. Troublingly, between 2013 and 2015, around half of the company’s subprime auto loan borrowers defaulted.

This settlement is not the first troubling episode in Santander’s track record. In 2017, Santander paid $25.9 million to resolve another Attorney General investigation, including $16 million to 2,000 Massachusetts borrowers. The bank was recently found to favor rich clients when handling applications for the federal Paycheck Protection Program (PPP) loans, designed to help small businesses to keep paying workers during the COVID-19 pandemic.

Despite its track record, Santander is poised to profit from expanded car loans, with a new twist designed for the pandemic era. Santander Consumer USA will offer loans to buyers on Vroom, an online platform for buying and selling used cars. Vroom and Santander are capitalizing on a growing market – as more people avoid public transportation and are forced to live frugally, used cars could become a sought-after alternative. The bank’s history should be a major red flag to buyers and public officials alike, since predatory loans on used cars will only worsen the economic hardship brought on by the pandemic.

Santander and others that profit off the pandemic and predatory practices that  have disproportionately targeted Black and Brown communities must do more than issue statements affirming “equality and justice.” They have a responsibility to contribute their fair share of the investment in housing, schools, transit, and other public goods that are essential to reversing the deep inequalities that characterize life in the US today. The best way to do that is through progressive taxes on wealthy corporations and individuals.  In Massachusetts, we could do this now by raising the tax rate on corporate profits and unearned income and taxing off-shored income in line with federal rules. If Santander is truly interested in equality and justice, and not profiting off of the economically vulnerable, it should happily invest in our recovery.

“Santander Bank” by JeepersMedia is licensed under CC BY 2.0 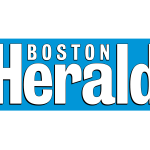 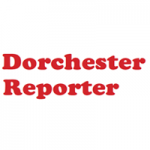