Recently, Abigail Johnson, the CEO of Fidelity Investments, wrote a LinkedIn post stating that she is “heartbroken and angry that racial discrimination and inequality continue to plague our society.”

And yet, behind the scenes, the Fidelity Charitable branch of her corporation lets money from its Donor-Advised Funds flow to organizations that espouse racist idea and practices.

As representatives of the Muslim Justice League, Asian American Resource Workshop, Community Labor United, and the Boston-based Public Good Coalition, we fight outsized corporate influence in Massachusetts and aim to put working families and communities of color at the center of public decision-making. Last year, we asked Ms. Johnson to ensure that Fidelity Charitable stop allowing millions of dollars to be donated to anti-immigrant, anti-Muslim, anti-LGBTQ+, and other organized bigotry groups. So far, she has refused.

Read the full op-ed in the Dorchester Reporter. 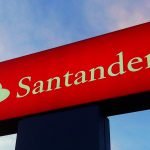 Weekly Update: Let us take back the narrativeBlog, Weekly Newsletter