In a Boston Globe op-ed,  CLU Executive Director Darlene Lombos joined with Congresswoman-elect Ayanna Pressley and Boston Teachers Union President Jessica Tang to expose how National Grid is racking up dozens of dangerous and potentially catastrophic safety violations in low-income communities of color, and Governor Baker is nowhere to be found.

We hope you’ll read and share the column, and join us in urging the governor to intervene to prevent another tragedy before it’s too late.

We saw the devastation in September when explosions caused by gas pipelines ripped through Lawrence, Andover, and North Andover. One person died, hundreds had their lives upended, and many of the families affected are still without heat and hot water.

You’d think a tragedy like this would have Governor Baker working overtime to hold gas utilities accountable and prevent another tragedy from striking. Instead, National Grid, the privately held British company with $15 billion in yearly revenue, which saw its pre-tax profit soar 24 percent in 2018, is racking up dozens of dangerous and potentially catastrophic safety violations, and the governor is nowhere to be found.

It recently came to light that, across the Commonwealth, there are at least 30 Grade 1 gas leaks, which are the most dangerous, and potentially fatal. They disproportionately affect low-income communities of color like the ones we live in and represent, including Roxbury and Dorchester. One of the leaks was bubbling toxic natural gas just steps away from the front door of the Haynes Early Education Center, so everyday parents had to send their children to school, and teachers had to teach them, not knowing when that leak would be fixed, or if another preventable accident would occur. Unlike the Merrimack Valley communities, which are served by Columbia Gas, all of these neighborhoods are served by National Grid.

These leaks are fixable, of course, with a well-trained workforce. But after locking out the 1,250 highly trained workers who know how to maintain the system and prevent disasters, National Grid appears to be coping with the shortage by prioritizing the safety and well-being of certain communities over others.

Without intervention from Baker, National Grid will continue to put working-class communities and communities of color at risk. The power to regulate and inspect utility companies, like National Grid, lies with the governor, but he has remained alarmingly quiet: quiet on his office’s role in overseeing the correction of Grade 1 leaks; quiet on National Grid’s refusal to appear before the Boston City Council to answer tough questions about the safety of its pipelines; and quiet on its refusal to end the lockout and get the 1,250 highly trained men and women capable of averting a crisis back to work.

The gas lines that went through the state, beneath city streets, and into people’s homes are overseen by a patchwork of bureaucracies and a regulatory system that largely trusts utility companies to police themselves.

Considering the gravity of the Grade 1 gas leaks, the recent tragedy in Lawrence, and the emerging pattern of potentially lethal gas leaks being found disproportionately in communities of color, it’s time for Baker to intervene and end the lockout.

That’s why we’re joining together as mothers, leaders, and women of color to stand up for the health and safety of the black and brown families, teachers, and children the governor seems unwilling to stand up for.

The Commonwealth’s Environmental Justice Policy says that “all people have a right to be protected from environmental hazards and to live in and enjoy a clean and healthful environment regardless of race, color, national origin, income or English language proficiency.”

Baker has the power and the mandate to avert a preventable disaster. We’re urging him to answer the call before it’s too late.

Ayanna Pressley is a Boston city councilor and Congresswoman-elect; Darlene Lombos is executive director of Community Labor United and vice president of the Greater Boston Labor Council, and Jessica Tang is president of the Boston Teachers Union.

Read the full op-ed on the Boston Globe website. 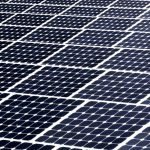 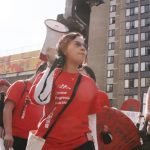