In a historic city like Boston, aging infrastructure gives way to natural gas leaks along the miles of pipeline stretching beneath the city. In fact, the Environmental Defense Fund reported that a gas leak has occurred at least once for every mile of piping throughout the municipality. To make matters worse, more than half of the corrosive, leak-prone pipelines are over 50 years old. So when the City of Boston took a nod from the Gas Leaks Allies Coalition—including the Sierra Club, Mothers out Front, and several CLU partners—and passed an ordinance to effectively eliminate gas leaks over the next six years, the legislation proved a major win among unions and environmental activists alike.

Boston Mayor Marty Walsh signed the legislation on the morning of December 23, 2016. “This is a triple win benefiting the environment, community, and workers,” said Darlene Lombos, Executive Director of Community Labor United, “this ordinance is an encouraging example of the intersection between environmental justice and worker justice – all with an eye towards making our communities safer.”

While most of the city’s gas leaks are deemed non-hazardous by utility companies, many of them have been open for years, killing nearby vegetation, prompting chronic respiratory illness, and releasing harmful chemicals into the atmosphere that contribute to global warming.

The ordinance includes several provisions that will improve the management of municipal infrastructure by coordinating maintenance, repair, and upgrades with gas companies in order to minimize costs, safety risks, and traffic disruption due to street openings. It will also protect urban trees and green space by making the utility companies financially responsible for damages to neighboring vegetation.

Chief among the ordinance’s achievements is that utility companies must now ensure all “gate boxes” – the boxes that contain gas shutoff valves – are readily accessible so that natural gas can always be turned off. The boxes are often paved over, making it incredibly difficult to shut of gas in an emergency or repair, which poses several risks to workers and communities.

Additional measures in the legislation will improve the communication, coordination, and accountability of the City, gas companies, and contractors, all the while reducing costs and safety risks for the city, its people, and the environment. 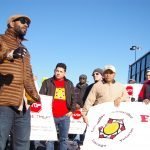 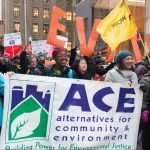