BOSTON — While Airbnb brings tourists into Boston’s historic Chinatown, local residents say the mammoth company along with profiteering landlords, who may be skirting city ordinances, are pushing out local families.

On Thursday October 5th, Community Labor United, the Chinese Progressive Association, Massachusetts Affordable Housing Alliance, and UNITEHERE Local 26 Housing Trust organized a march in downtown Boston. The action aimed to highlight the need to protect Chinatown and other communities from AirBnB and other short-term rental (STR) companies as well as counter the displacement and gentrification being driven by the ballooning STR market in Boston.

The march began in the front of the Quincy School and continued through the streets of Chinatown, concluding with a rally and press availability at the Massachusetts State House. The march included stops in front of buildings where residents have been displaced by STR proliferation and featured stories of individuals and families displaced from Chinatown.

The march coincided with the released of a scathing report outlining the  impact of STRs on working families in Boston  –  The Growth of Commercial Short-Term Rentals: How Boston can protect affordable housing and quality of life.

Advocates are calling for more appropriate regulations on short-term rental companies and documents the proliferation of “full-time” STR apartment units, some of which are operating essentially as part of de-facto hotels in potential violation of Boston zoning laws. 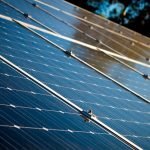