On Friday, a group of minority, union, and liberal organizing groups – including the Boston chapter of the NAACP, Neighbor to Neighbor, City Life/Vida Urbana, Community Labor United, and others — wrote an open letter calling on Pioneer Institute senior fellow Charles Chieppo to resign.

The issue is an op-ed Chieppo wrote, published in CommonWealth on June 26, which stated that outrage over the killing of George Floyd, a black man killed by a white police officer in Minneapolis, called attention to police unions’ resistance to reforms. Chieppo went on to argue that the police unions are similar to other public sector unions that have resisted reforms. He highlighted in particular the sway held by Massachusetts’ public transit and education unions in preventing the privatization of MBTA functions or stunting the growth of charter schools.

“In states like Massachusetts, police are hardly alone when it comes to using enormous political influence to block common-sense reforms,” Chieppo wrote. “The brutal killing of George Floyd should remind voters of the threat concentrated power poses to a healthy democracy.” 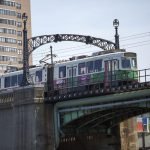