Members of the Massachusetts COVID-19 Response Alliance grappling with school reopening models are calling for better leadership, guidance and planning from the state as teachers are being treated as “expendable commodities.”

“Not only are we still in the dark about what will happen, the things that have come out have really made me feel like my child will not be safe in Massachusetts’ hands,” said Jordan Berg-Powers, executive director at Mass Alliance.

Berg-Powers said in a Thursday virtual panel with teachers and parents that lack of leadership on reopening has led to a “fend for yourself” phenomenon at some schools.

Finalized versions of reopening plans are due to the state Department of Elementary and Secondary Education on Monday, but some districts, such as Boston, have said the plans could change right up until the start of school in September.

Jodi Sugerman-Brozan, a BPS parent and executive director of the Massachusetts Coalition for Occupational Safety and Health, said, “How can we even begin to think about more workers into the work force when we can’t even protect the ones already on the job?”

Read the full article in the Boston Herald. 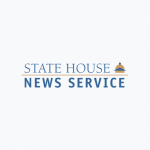