IT IS COMMON KNOWLEDGE to riders and elected officials alike that our public transit systems are in need of transformative change. But often lost in the conversation about fixing the MBTA and regional transit authorities is the burden of transit costs on people who already struggle to make ends meet. Our region has high poverty and inequality— 20 percent of Bostonians and more than 9 percent of those in the greater metro area have incomes at or below the poverty level. Reduced fares for riders with low incomes should be a priority for legislators and officials.

Low-income people and communities of color disproportionately depend on public transit and face disparities in transit access and affordability.  About one-third of workers in Suffolk County who use public transportation earn below $25,000 per year or about 200 percent of the federal poverty level for a single person. Fare hikes have hit low-income riders hard—since 2000, cash subway fares have nearly doubled in real terms, from $1 (equivalent to $1.48 in 2019 dollars) to $2.90. In fact, the cost of riding the T has risen faster than the cost of driving over that time.

A reduced fare would make a concrete difference in the lives of people with the fewest resources. It would allow people to travel more affordably, not only to work, but to doctor’s appointments, their children’s schools, or to pursue their own education.  In fact, a study conducted by researchers at MIT found that low-income people with access to a half-price fare took 30 percent more trips overall, and more trips to access healthcare and social services. 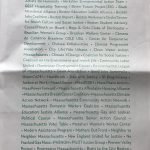 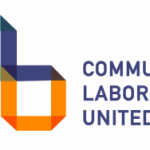 A message from Community Labor United on COVID-19Blog