Corporations with a history of misconduct should not guide Mass reopening

When Governor Baker’s Reopening Advisory Board (RAB) was announced, the most noted voices were the ones that were excluded. The Boston Globe noted, “Baker’s outreach seems ‘small-bore relative to the scale of the crisis’” and that “no one from organized labor or the arts” was included. A group of legislators has called for more representation of organized labor; public health, mental health, and medical professionals; K-12 employees; non-profits; immigrants; and a senior-serving organization. The Massachusetts Coalition for Occupational Safety and Health asked Governor Baker “to expand your Reopening Advisory Board immediately to include the participation of members that represent workers and unions and that can provide occupational health and safety expertise.”  Multiple letters to the editor also pointed out the glaring omissions from the Board: frontline workers, community leaders from hard-hit Chelsea, teachers, and nurses, to name a few.

As one letter-writer reminded us, “if you don’t have a seat at the table, you’re on the menu,” Baker’s selections for the RAB show us exactly who he thinks should be doing the feasting.

Baker’s Board is packed with corporate executives, who make up 9 of 17 members, not including the president of Baystate Health. (The others include only one public health official, one physician, one higher ed president, three municipal officials, and Transportation Secretary Pollack. The Board is chaired by Lt. Governor Karyn Polito and Housing and Economic Development Secretary Mike Kennealy.)

Corporations hold half of the RAB’s seats. This is a problem. The pandemic is first and foremost a public health crisis, and corporate executives representing the interests of their companies cannot be fully relied upon to protect the broader public good. Corporate directors have a legal “fiduciary duty” to their shareholders, often interpreted as a duty to maximize shareholder profit over worker wellbeing, social welfare, environmental protection, and so on.

While that interpretation is subject to debate, examples of it in practice are widespread, both before and during the COVID-19 era. When it comes to Baker’s RAB, it was troublingly easy to identify several corporations with histories of conduct suggesting business priorities that conflict with the public interest.

A recent report from the Public Accountability Initiative exposed how the US Chamber of Commerce was lobbying against the President invoking the Defense Production Act to bolster the manufacture of much needed personal protective equipment. Boston-based Fidelity Investments, with an executive on that Chamber’s Board of Directors, can be implicated in this obstructionist campaign.

Locally, Fidelity has supported the Koch-funded, pro-privatization Pioneer Institute, funded efforts to expand charter schools in the state and backed (via lobbying organizations) the corporate lawsuit against the popular Fair Share Amendment that would have raised revenue to fund education and transportation in Massachusetts. The company’s philanthropic wing, Fidelity Charitable, has approved millions in donations from its donor-advised funds to support groups that promote anti-immigrant, anti-Muslim, and anti-LGBTQ+ views and practices.

Kronos says it specializes in “human capital management and workforce management solutions.” Some workers have put it another way:

In December 2018, the employees of Eulen America, a private contractor that hires wheelchair attendants, baggage handlers and cabin cleaners for John F. Kennedy International Airport and other airports across the country, had its workers use the Kronos app to check-in and check-out for work.

Some workers who used the app were docked for lunch breaks they didn’t take and have struggled to even get on to the app to track their wages.

Lasonia Whervin, a wheelchair agent, is one of the workers who have been docked pay for lunch breaks that she didn’t take.

“They had us use this new app called Kronos, which is stealing our money,” said Whervin, who has been at the company for over a year. “Even if we don’t take a break they take money out of our paychecks.”

Law professor Elizabeth Tippet has explained how timekeeping software — including Kronos — can be used by employers to facilitate wage theft. Tippet writes that “Two features alone, ‘rounding’ and ‘automatic break deductions,’ could result in the loss of up to 44 minutes a day – or US$1,382 a year at the federal minimum wage.”

While many sectors have been decimated by the pandemic, eClinicalworks—an electronic health records company — is actually benefiting, as the use of its telehealth platform is skyrocketing. While telemedicine is an important service for physical distancing, eClinicalworks has a troubling history of misconduct.

In 2017, the US Department of Justice sued eClinicalworks under the False Claims Act, charging the corporation had “misrepresented the capabilities of its software” and “paid kickbacks to certain customers in exchange for promoting its product.” eClinicalworks and the DOJ settled shortly after the suit was filed.  The corporation and three of its founders, including CEO Girish Navani — Baker’s RAB appointee — would jointly pay $155 million and enter into a five-year oversight agreement.  Almost a year later, however, some customers reported,  “insofar as they can tell eClinicalWorks has not complied with the DOJ False Claims case requirements.”  In the same article, one doctor said, “the settlement with eClinicalWorks is jaw-dropping. They are required to do root cause analysis, fix underlying problems, report to the Office of the Inspector General….None of that is happening in our experience.”

What are the corporate priorities for reopening?

So far, the RAB’s reports to Governor Baker have not been made public, but a plan offered by the Greater Boston Chamber of Commerce — of which three of the corporations represented on the RAB are members–suggests what corporate priorities may be for reopening.

Unsurprisingly, the GBCC is pushing for minimal regulation. The GBCC wants corporations to be “guided but not regulated by the government.” That is, they want to decide for themselves how to approach critical public health matters like safety training and timing for sending workers back to shared or public workspaces.

These corporations want to make their own rules, but they don’t want to be held responsible for any fallout. GBCC’s proposal calls for protection from lawsuits related to COVID-19 infection, faulty manufacture of PPE, and violation of “disability, discrimination and privacy laws for requiring COVID-19 testing before employees return to work.”

Gutting regulation and dodging legal liability is consistent with long-standing strategies of corporations with dangerous products or production practices. In the context of the COVID-19 pandemic, all workplaces present some danger,  and it is distressing to find that in a public health crisis, the GBCC is echoing the strategies long pursued by tobacco, asbestos, and other dangerous industries.

COVID-19 is contagious and unpredictable. Any attempt to resume “normal” economic activity must be cautious, measured, and thoughtful. Baker’s decision to stack his RAB with corporations and to exclude direct representation for frontline workers and communities shows he is already failing that test. The people of Massachusetts deserve better than to have their health and wellbeing in the hands of corporate executives with demonstrated histories of favoring their own private interests over the public good.

“Massachusetts State House” by kjetil_r is licensed under CC BY-SA 2.0 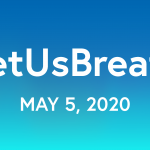