As the Senate gears up for a Thursday debate on the issue, proponents of legislation targeting “wage theft” by employers are launching an ad campaign designed to put pressure on Beacon Hill to pass a law by this summer addressing the problem. The ads, which will run on TV, radio, online and on billboards, will feature some of the more than 350,000 workers who, according to Community Labor United, are victims of stolen wages that advocates say totaled $700 million in 2017. “Our message to lawmakers is clear: wage theft is a crime. And it’s time to put a stop to it,” Isabel Gonzalez-Webster, director of capacity building at Community Labor United, said in a statement on Monday. The bill would give the attorney general’s office the ability to bring wage theft cases to court for civil damages and to issue stop-work orders that would remain in place until wage theft violations are corrected. Bill supporters say workers in the retail, food, construction and hospitality industries, in particular, have been victims of stolen wages. 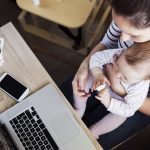 OP-ED: Time for Mass. to give working mothers a breakBlog, Green Justice 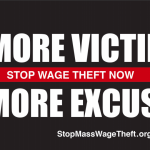